During the 20th century there were 3 Coronations and 2 major Jubilee celebrations. King George V had his Coronation in 1911 and his Silver Jubilee in 1935. King George VI was Crowned in 1937 and Queen Elizabeth II in 1953. Queen Elizabeth II had her Silver Jubilee in 1977 and in this century she has celebrated Golden, Diamond and Platinum Jubilees in respectively 2002, 2012 and 2022. All of these events have been marked by community celebrations in Selsey.

For the Coronation of King George V, Selsey Parish Church issued a coronation souvenir, with pictures of the King and Queen in their coronation robes and their first son Edward, Prince of Wales. A copy is held in the West Sussex Record Office in Chichester. For his Jubilee in 1935 there was a great celebration with all the shops decorated, a service of Thanksgiving at the Church, and the Church bells were rung several times during the day. Celebratory tea, souvenir mugs for the children and lots of flag waving were the order of the day.

In 1953 the colour film of the Coronation of Queen Elizabeth was shown in the Pavilion Cinema.

Royal Weddings have also been celebrated. The marriage of the Duke of York, later King George VI, to Lady Elizabeth Bowes- Lyons in 1923 was marked with a tea for 300 children in the Pavilion. Each child was given an orange to take home. In more recent times, street parties have been held for the wedding of the Duke of Cambridge and Katherine Middleton. 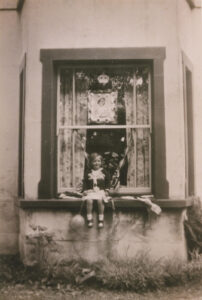 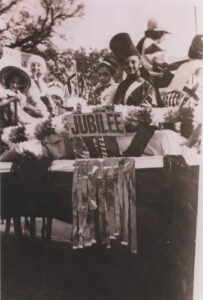 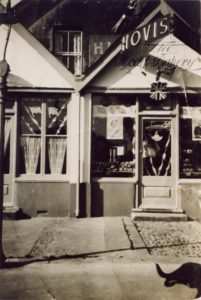 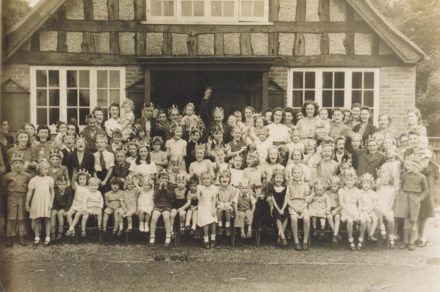 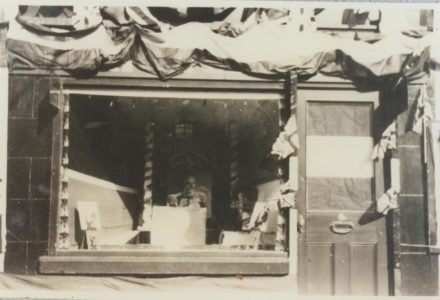