The Selsey Tram was operated between Chichester and Selsey from 1897 through to 1936. The tramway enabled farmers and fishermen of the area to bring their produce into Chichester, instead of having to rely on local carriers. In its heyday, excursions also ran from London to Selsey Beach Station; these were packed with day-trippers, helping Selsey develop as a holiday destination.

The tramway’s official name was the Hundred of Manhood and Selsey Tramway; it was based on a conventional light railway but operated under tramway regulations. Consequently, there was minimal investment in its construction and operation, with limited track engineering, signalling or station infrastructure. The tramway hugged existing field edges, twisting and turning across the Manhood Peninsula, travelling with a speed limit of 15 miles per hour.

In keeping with the Tramway’s ramshackle nature, the rolling stock was a mismatch of locomotives and carriages, with many of these being acquired from a variety of sources. Petrol driven buses with flanged wheels were later introduced to improve reliability. Passenger numbers declined rapidly in the 1920s due to competition from the emerging bus services.

More information on the Selsey Tram can be found via these books and websites:

Laurie A Cooksey, “ The Selsey Tramway (Volume I & II)” 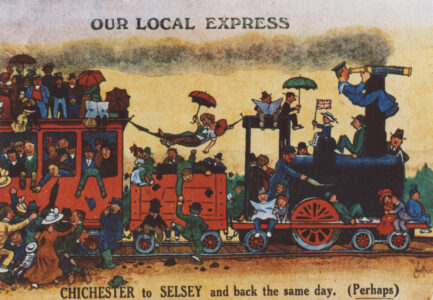 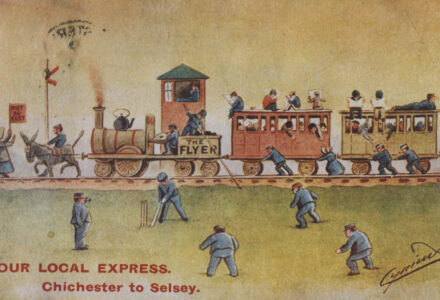 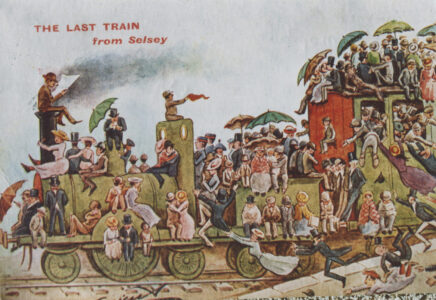 Cartoon “The Last Train from Selsey” 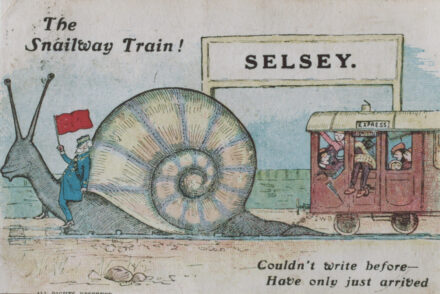 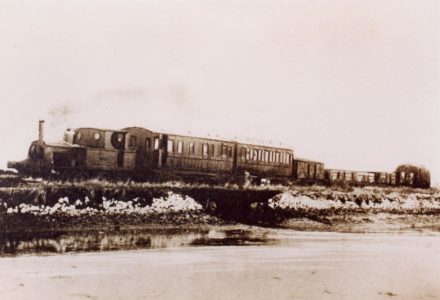 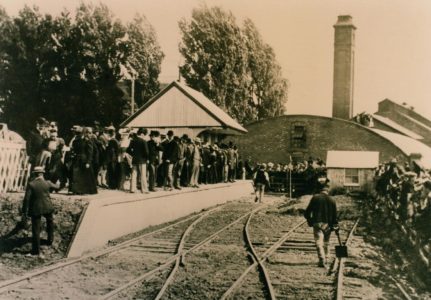 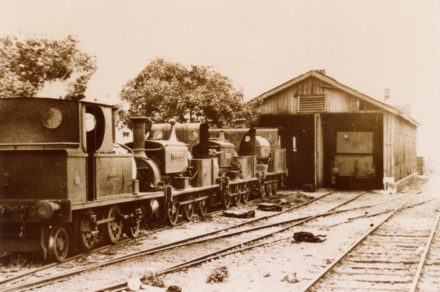 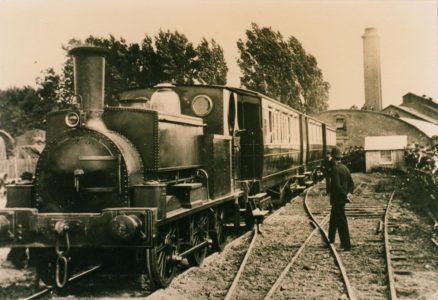 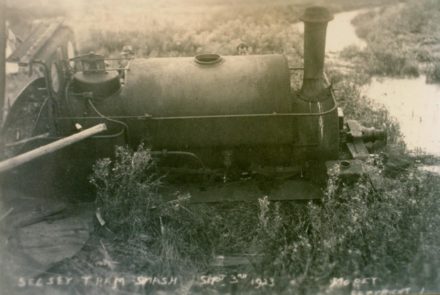