Public transport serving Selsey first existed with the opening of the Selsey tramway in 1897 which ran between Chichester and Selsey.  Prior to this anyone wishing to travel from Selsey had to either walk, cycle, ride by horse or pony and trap or take a ride by one of the several horse-drawn carriers.

Between 1906 and 1909 a Chichester and Selsey Motor Omnibus Company ran a service, but this survived for just three years.

By July 1920, a rival bus service to the Selsey tramway began with The Southdown Company which ran five return journeys a day between Chichester bus station and Selsey taking around 45 minutes per journey. The buses were petrol-electric with solid tyres and not particularly comfortable for the driver who had no wind screen.  The bus was served by oil-burning lamps making driving at night quite difficult.

By the 1930s, the more reliable bus service and an increase in car ownership, meant that the Selsey tramway was losing money, and it finally closed in January 1935.

In 1946 a second Selsey bus service was introduced starting from West Street in Chichester and travelling via Donnington instead of Hunston.  The two bus routes were identified as 52 and 52A and subsequently became 250 and 251.

The Southdown Company was purchased by the National Bus Company in 1969 but the company fleet name was lost when it was acquired by the Stagecoach Group in 1989.  Stagecoach now runs just one bus service to Selsey, route 51, leaving Chichester bus station every 15 minutes. 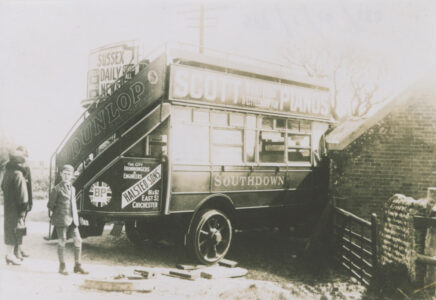 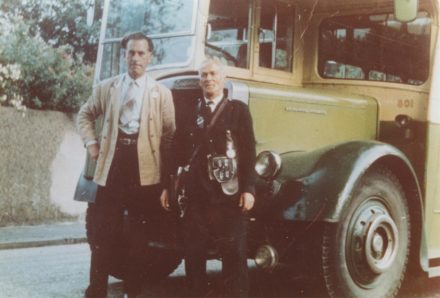