150 years ago Selsey consisted of three main streets: the High Street, East Street and West Street. In those days East Street was called Fish Lane and it led to the fishing beach with the fishermen’s huts, the lifeboat house and Selsey Coastguard station.

There were no houses between the High Street and the Fisherman’s Joy public house and from there towards the sea there were mainly fishermen’s houses continuing until the Albion Inn, renamed the Lifeboat Inn in 1970. Fishshop Farm, with its fine thatched barn was opposite the Albion Inn.

Today, apart from the car park behind the Crown, the gaps between the old houses have been filled. Seal School was erected in the late 30s, a terrace of houses has been built to the west of St Itha Road, and the old bakery has been replaced by the Bakery Mews. The section of East Street past Pinks Cottage to the sea is now called Albion Road.

The stretch of road with the old fishermen’s cottages, between the Fisherman’s Joy and the Lifeboat Inn, has been designated a conservation area. Fishshop Farm barn was demolished in the 1960s and there are now pseudo-Georgian houses in it is place. During the 47 years from 1909 to 1956, when the sea wall was finished, the sea claimed an average of 6 yards of the road per year and several houses were claimed by the sea. 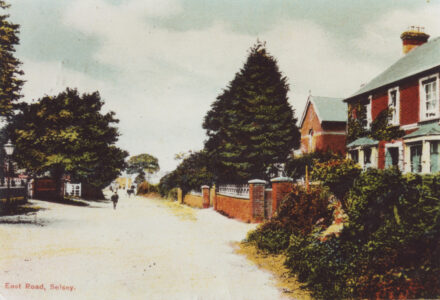 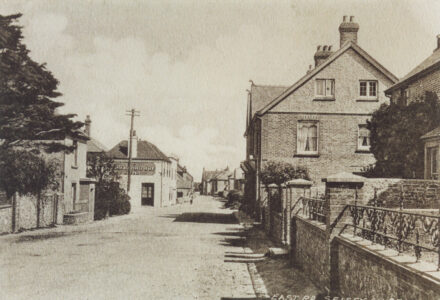 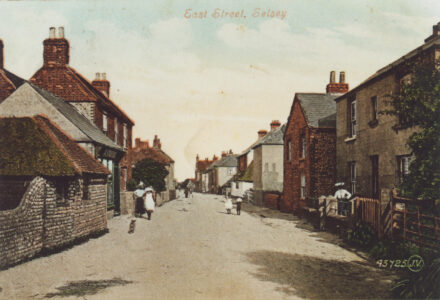 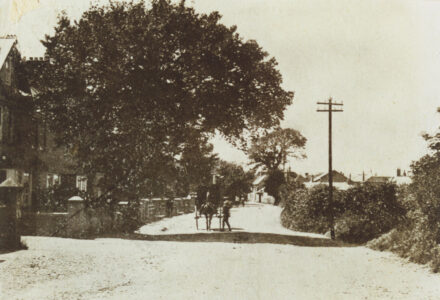 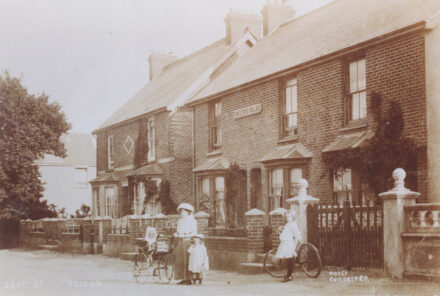