The Scout Association began in 1907 when Robert Baden-Powell, took 20 boys for a trial Scout camp to Brownsea Island in Dorset.  The following year he published ‘Scouting for Boys’.  Not to be outdone by the boys, The Guide Association was established in 1909 due to the efforts of many girls who refused to accept that scouting was just for boys.

The first Selsey Scout troop was formed by Edward Heron Allen in 1909, comprising of about 20 local boys aged between 14 and 16. During WW1 they were recruited for coastal patrol duties and in January 1915 were inspected by Baden-Powell at Selsey’s two coastguard stations.

After many years of meeting in various halls, with nowhere for proper storage of equipment, the Scouts managed to raise enough money to build their own headquarters in Lewis Road, which opened in 1955. They moved to their current site in School Lane, where the old waterworks had been, in 1979.

In 1917 over 16 girls were enrolled in the new Girl Guide troop in Selsey and in November they were visited by Lady Baden-Powell, who took a great interest in their activities.

In 2020, the leader of the Selsey Brownies, Anne Wheway, appeared on the BBC ‘Repair Shop’ programme when she took an old wooden-framed toadstool, used for Brownie Promise ceremonies for many years, to be restored. During this process a date of 1924 was discovered under the old covering.

Over the years, many Selsey children have been Scouts and Guides and enjoyed sports days, camps and parties, and have taken part in local activities like the annual carnival, fund raising events and parades such as Remembrance Sunday.  The two charity associations have grown and evolved over the years and now cater for children as young as four. 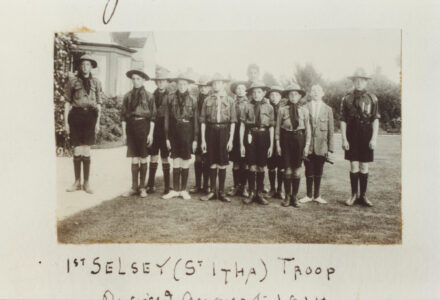 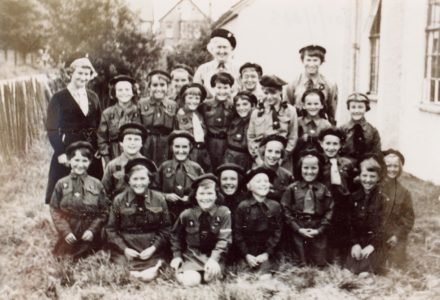 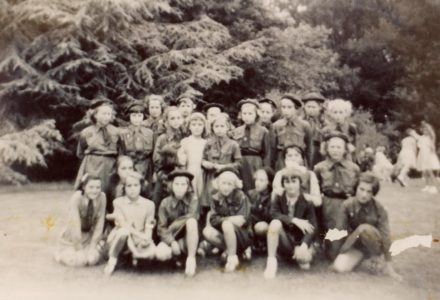 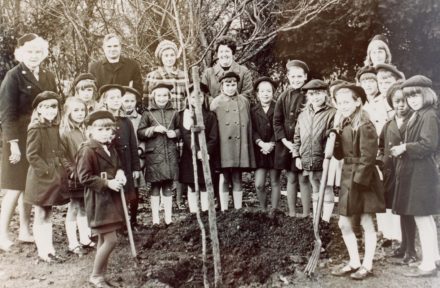 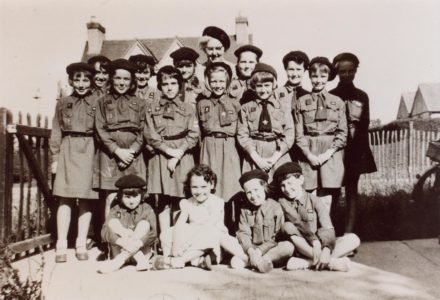 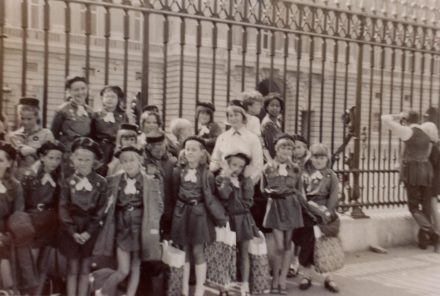 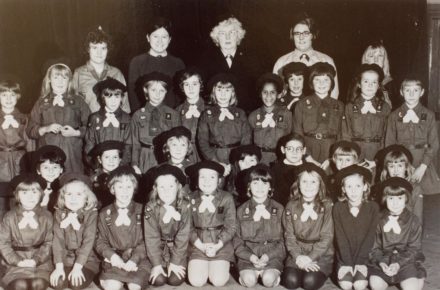 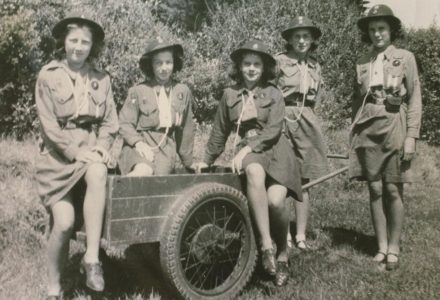 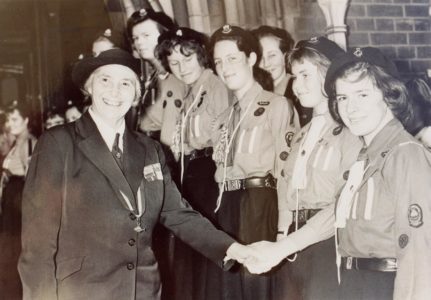