Prior to 1910, Selsey had no fire brigade of its own and had to rely upon the Chichester brigade some eight miles away.  Following a fire in December 1909 the villagers decided that a volunteer fire brigade should be formed.  The Parish Council agreed to buy the necessary equipment and an ex-captain of the Chichester Fire Brigade took charge.

In the years that followed there were problems with poor equipment and lack of volunteers. In 1922 the Brigade’s fire captain resigned, and the Council was unable to find a replacement,

In 1925 one of the oldest thatched cottages in the High Street was destroyed by fire and following this disaster the Parish Council discussed the possibility of re-forming the fire brigade with firemen paid for attendance at fires. In January 1927 the Selsey Fire Brigade was revived.

In 1932 another serious fire occurred, this time in Beach Road, and following this it was agreed by the Fire Brigade Committee that Selsey, due to its isolated location, would need a fire engine of its own.  It was unusual for such a small community to have a motor engine but the captain of the Selsey Fire Brigade, Ralph Selsby, proudly took receipt of a Dennis fire engine for the village in August 1933.

By 1941, a National Fire Service had been created and this took over responsibility for the Selsey Fire Brigade from the Parish Council.

The current fire station in Selsey’s High Street is one of many that serve under the West Sussex Fire & Rescue Service whose headquarters are based at County Hall, Chichester. 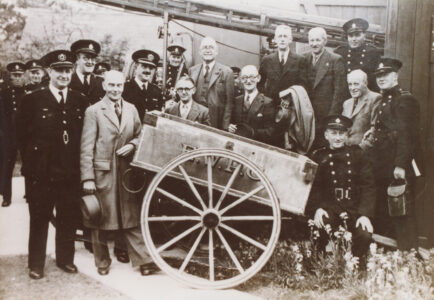 EWPC handcart with servicemen and others 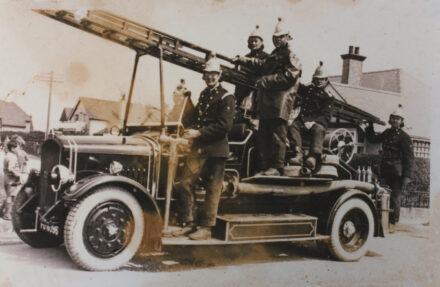 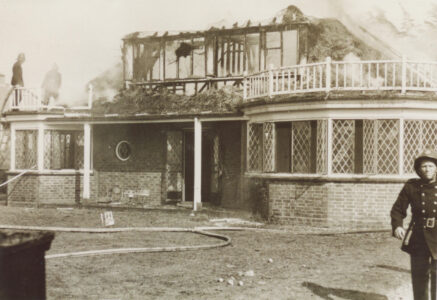 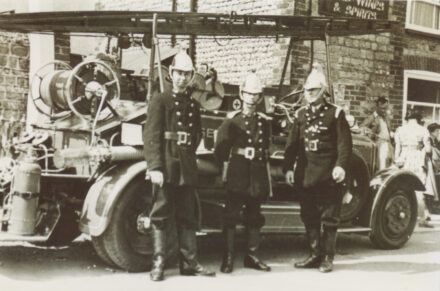 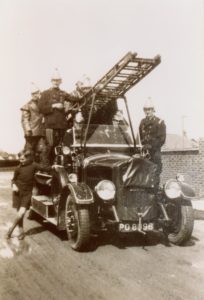 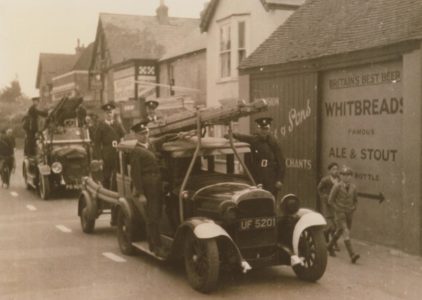 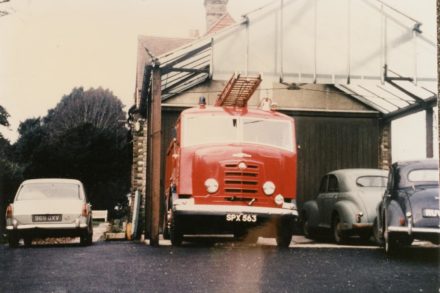 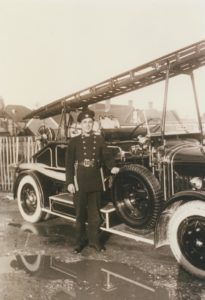