The national coastguard service was founded in 1822, initially to prevent smuggling but also to save lives at sea. Selsey had three coastguard stations: ‘Thorney’ on the west side towards Bracklesham Bay, and on the east side there was ‘Wallend’ at Church Norton and ‘Selsey’ on the fisherman’s beach.

The original ‘Thorney’ station fell victim to high tides and gales and was vacated in 1863. It was replaced by ‘Danner’ station in West Street, but this building was washed away in 1892.

Another ‘Thorney’ station was built in West Street by Thorney Drive, so called as it led to this station.  This building has remained virtually unchanged since that time, although the coastline has eroded so that the building is now closer to the sea.  A row of coastguard cottages at the end of West Street, behind the coastguard station, still stand today.  These Grade II 19th century cottages are now privately owned.

‘Wallend’ station was closed about 1910 but the ‘Selsey’ station continued to be manned until about 1920. The coastguard cottages for this station were claimed by the sea in 1939.

In 1972, ‘Thorney’, had a look-out tower constructed, called the Admiralty Tower.  This tower stood in front of Thorney station until 2016 when it was replaced by a 16m radio tower.

Other Coastguard look-out towers have existed in Selsey.  An Admiralty signal station was built on the Bill during the First World War but was washed away by the sea in 1925. The Bill House tower in Grafton Road was used by the Coastguard service as well as the Marine Hotel, during the Second World War. 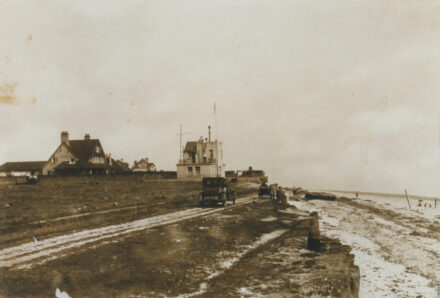 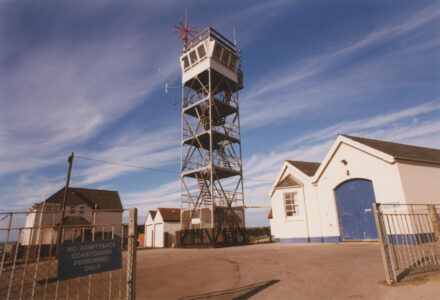 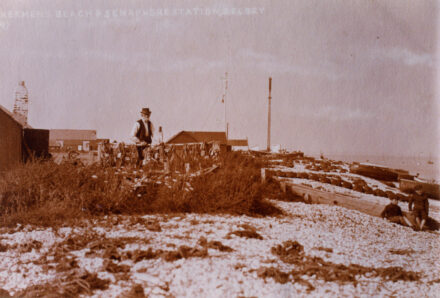 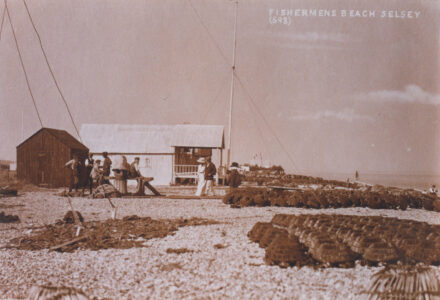 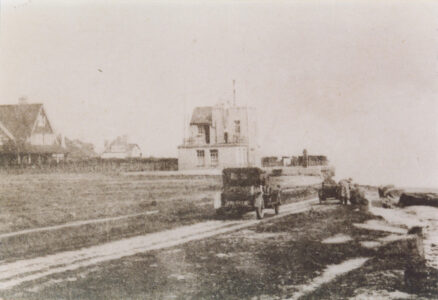