On 16th December 1910, a terrific storm raged across the Atlantic. Gales from the south-west, together with a substantial tidal surge through the English Channel, affected coastal areas including the Manhood Peninsula. This surge, combined with several days of heavy rain, led to the sea breaking through the Peninsula’s sea defences, flooding the land for miles. It has been estimated2 that four to five thousand acres of land were flooded in less than one hour.

The sea breached a shingle bank at Pagham flooding the harbour which had been reclaimed for agriculture in 1876. Since then, Pagham harbour has returned to saltmarsh and mudflats. Medmerry’s shingle bank was also breached. Both these areas are now part of RSPB nature reserves. The main road from Chichester was also flooded as was the tramway line south of Sidlesham.

The archive contains images of the floods at Pagham Harbour, Sidlesham, Selsey gasworks and railway carriages. The archive has images showing the Selsey Tramway track under water and the extensive flooding. 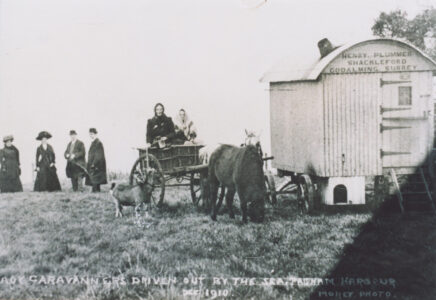 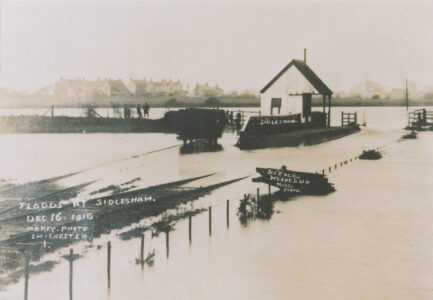 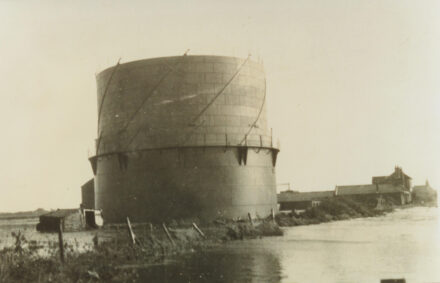 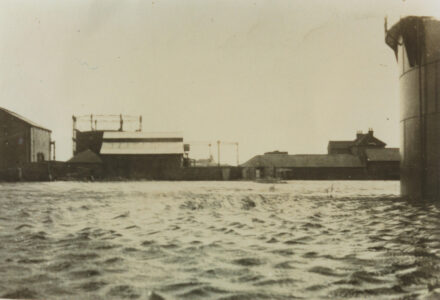 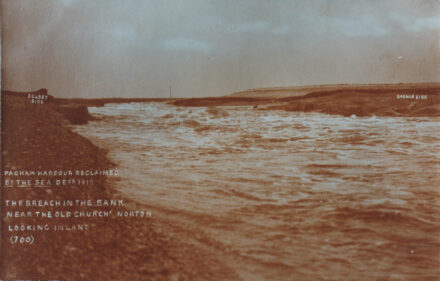 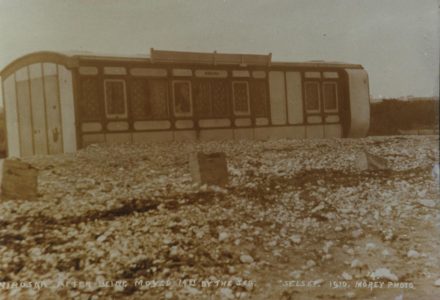