Medmerry Mill was built in the early nineteenth century and is described as a Tower Mill. The building originally had 5 stories, and drove 2 mill stones. It was driven by wind until 1890. It then fell into disrepair but was restored in 1908 when it was shortened to 4 stories with a rounded cap. It continued to work as a mill until the 1920s, but by 1928 it was again in disrepair, having badly damaged sails. It was again restored in the 1960s, but lost its sails again in the great storm of 1987. They were replaced and it now has a Grade II listing. 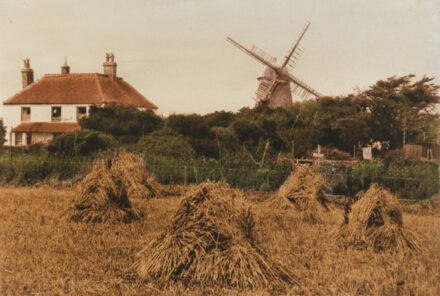 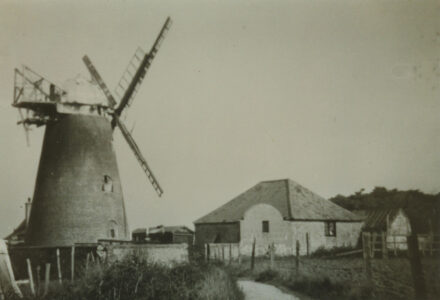 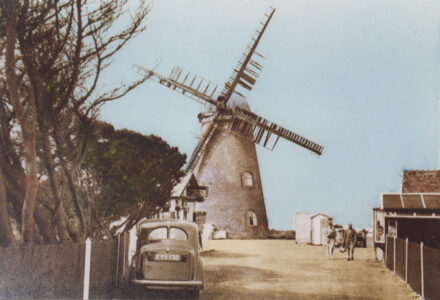 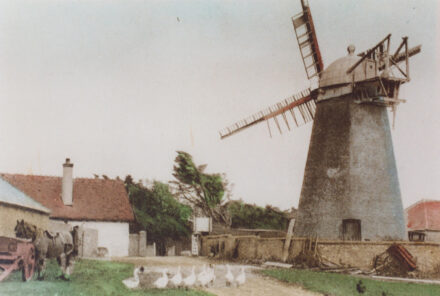 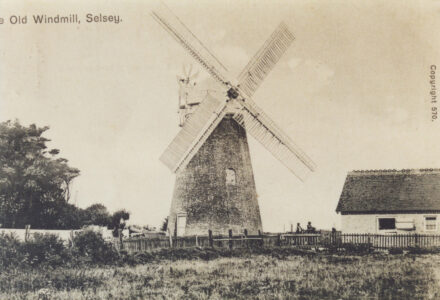 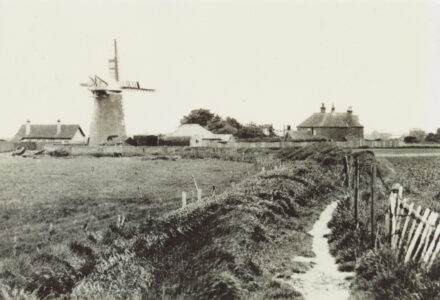 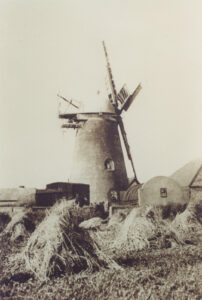 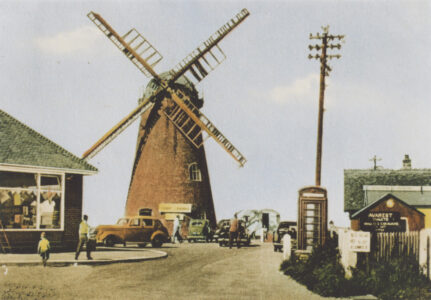