The Marine Hotel stood at the end of Hillfield Road on the east side of the road, facing the sea. Messrs Wallace of Littlehampton were awarded the contract to build the hotel in 1898, and in July 1900 the local Bench confirmed the license, in the name of Mr J.A.R. Vaudenberg, for the Hotel, which was nearing completion.

Selsey had been a quiet fishing village, but the opening of the Selsey Tramway in 1897 bought more visitors to Selsey and the arrival of the motor car in the first decade of the 20th century made Selsey in reach of the London motorist.

During the Second World War the Marine Hotel was taken over by the American Army and used as a headquarters. It suffered some minor damage during a bombing raid.

After the War it was renovated and again became an hotel. It burned down in November 1961 and was never rebuilt, eventually the land was developed for housing as Marine Gardens. 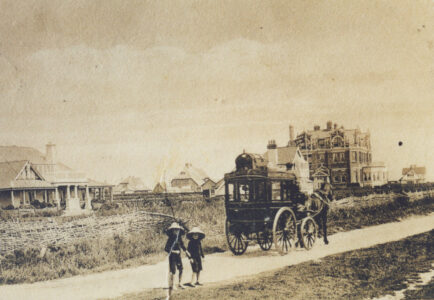 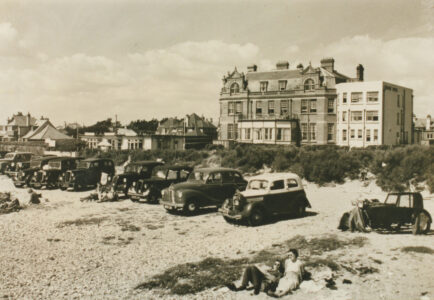 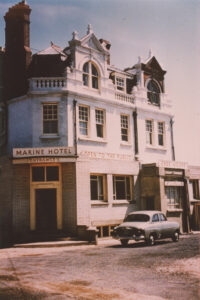 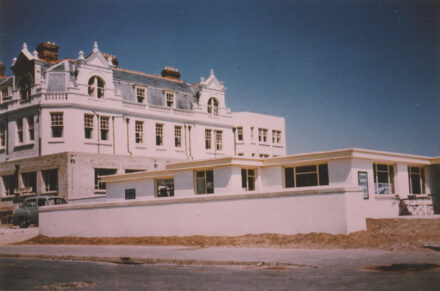 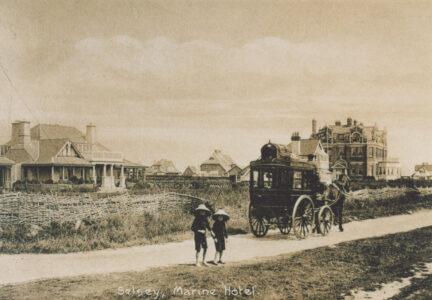 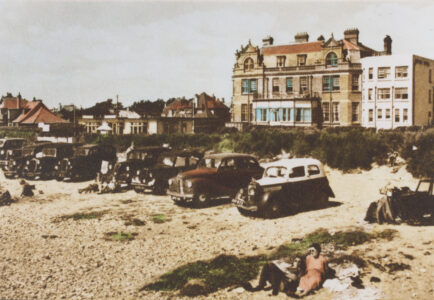 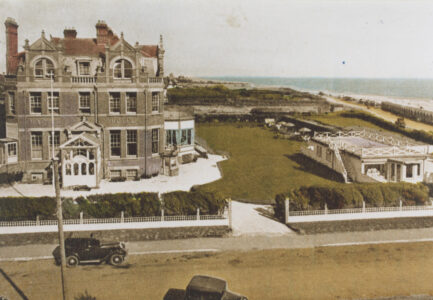 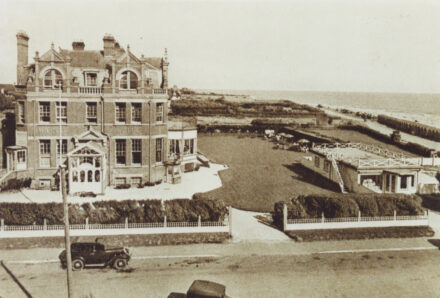 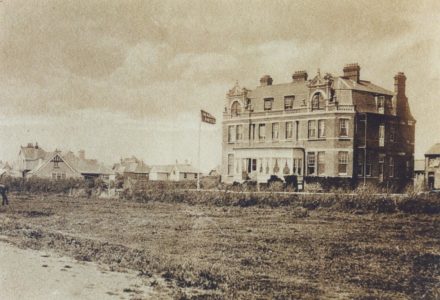