Selsey has four churches: St Peter’s Anglican, The church of Our Lady of Mount Carmel and St Wilfrid Roman Catholic, The Selsey Methodist Church, and The East Beach Evangelical Church.

St Peter’s Church is in the High Street and was originally at Church Norton, where the Chancel remains as St Wilfrid’s Chapel, surrounded by the graveyard. Work started in November 1864. The church was dismantled and re-erected piece by piece, with a new chancel and vestry added. It was consecrated again on 12th April 1866. Some of the features date from the 12th century.

The Roman Catholic Church dedicated to Our lady of Mount Carmel and St Wilfrid is in Church Road. St Wilfrid is credited with bringing Christianity to Sussex, landing at Church Norton in 681 and founding a monastery, now possibly lost under the waves. The Catholic Church was dedicated on the 3rd of July 1919, prior to which the small catholic community had celebrated mass at The Fisherman’s Joy public house! The present church was built in 1961/62 and dedicated on the 30th May 1962.
Selsey Methodist Church is also in the High Street, having moved to its present site in 1867 from a smaller building in East Street dating from the early 1860s. In 1937 the Hall and other rooms were added.

The East Beach Evangelical Church was founded in the late 1960s and the current building in Marisfield Place was constructed in 1976. The congregation is a member of the Fellowship of Independent Evangelical Churches. 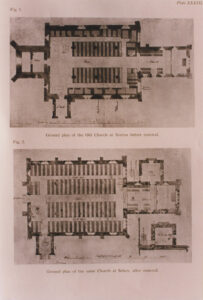 Floorplans of church at Norton and St Peters 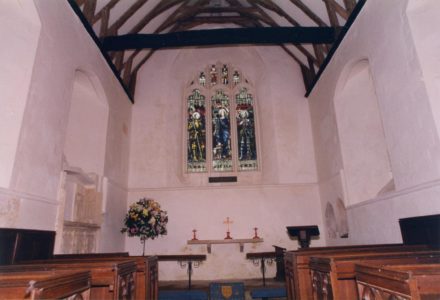 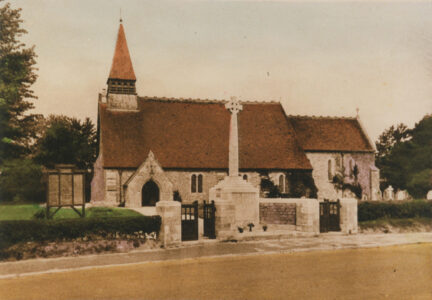 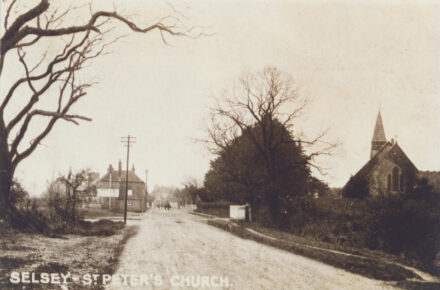